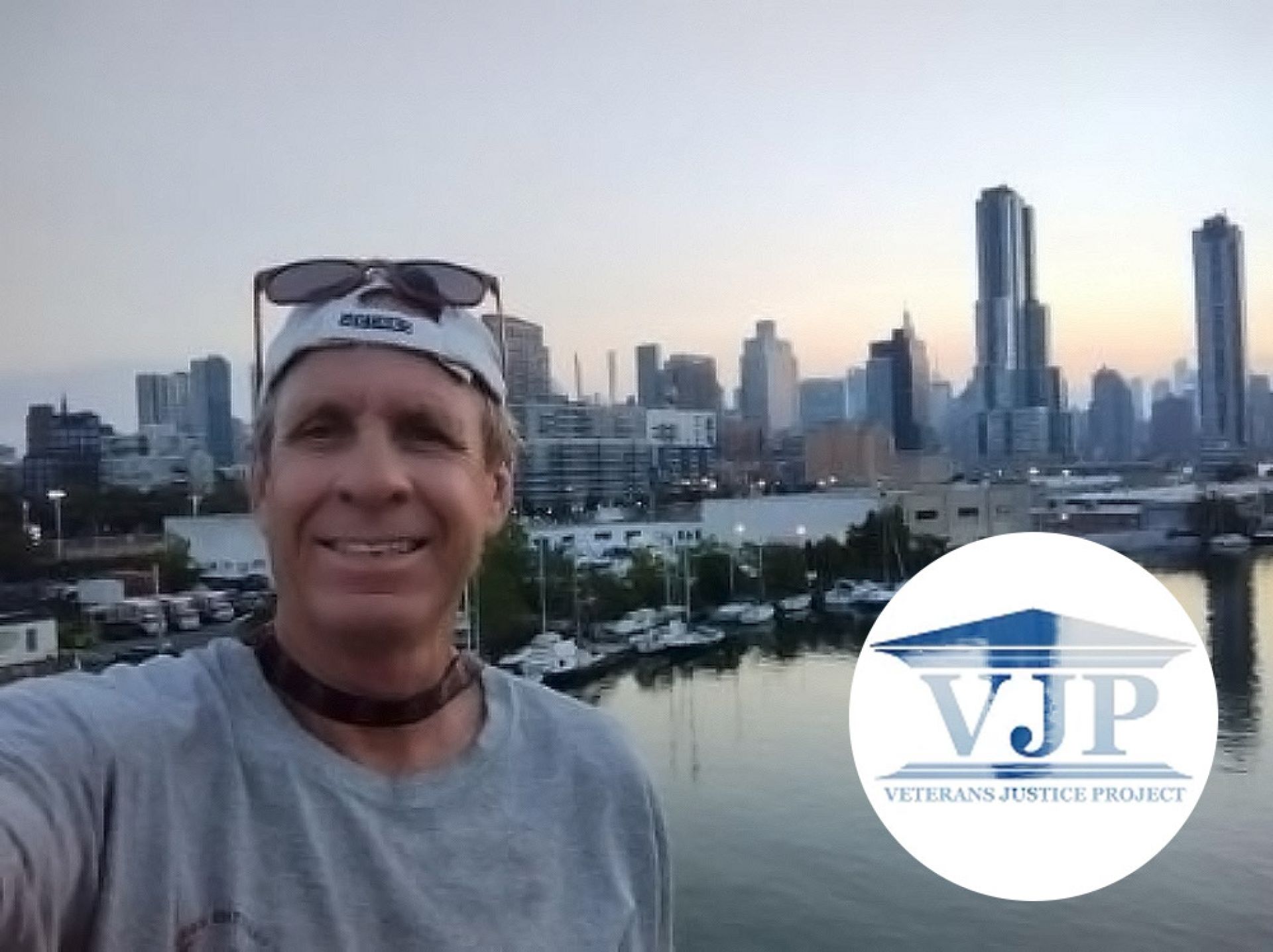 “Navy veteran Tim Peña sat on the laminate wood flooring in his studio apartment for three days. There was no TV or radio, just his thoughts. He thought about how to clean up all the blood if he survived, or how his family would have to walk through it to collect his things if he succeeded. He thought about the veteran in his cellblock who had committed suicide a few days earlier by slipping the blade out of his razor…” from reporter Molly Bohannon: Is Arizona’s model for veteran suicide prevention the answer?

Most journalists report on the lives of others; Tim Peña lives a life that others report on.

He didn’t intend it to be that way. But by being someone else’s “story” he processed this experience to become the person on the other side of the notepad and microphone. This provides an unmatched authenticity to his reporting on veteran suicide, homelessness, and incarceration.

He came close to experiencing the first, managed to survive the second, and speaks from a long history of being in and out of homelessness.

The first firm writing step came about for Tim back in 2004 while living in Croatia where he published the first English-language business and tourism guide with distribution in Croatia and London in the Croatian Bureau of Tourism. Before then, he also designed and sold advertising for Arizona Directions - a new-student guide at the University of Arizona (1986-87), Key Magazine in Chicago, and for the Chicago Blues and Jazz Festival program guides (1993-95).

Upon his return from Croatia in 2006, Tim was arrested at JFK Airport for an outstanding warrant issued by Arizona for back-to-back DUI’s from 2002. After spending six weeks in Ryker’s Island and the Brooklyn Federal Correctional Center, he was ‘conaired’ to Arizona where he was sentenced to 4 ½ years in Arizona prison and released in 2009. In 2014, Tim was again arrested for DUI and a first-offense marijuana possession, and in 2016, found himself homeless and at MANA House, a veteran’s transitional program where he also served as the front desk clerk.

His time at MANA House (Marine, Army, Navy, Air Force) serving as a front desk clerk along with his background in publishing provided the time and space to write a comprehensive Veterans Incarceration/Suicide Index whitepaper that draws parallels between vet suicide and incarceration among veterans with service-connected disabilities such as PTSD, TBI and drug and alcohol addiction.

In 2018, Tim was sentenced to two years in Arizona prison for the marijuana possession and another four years on probation for the DUI. He created the Veterans Justice Project based on his incarceration experiences and those of veterans who were being denied access to Veterans Affairs with a program to ‘Bridge the Gap’ between the veteran and the VA. He credits MANA House for providing him, as a staff member, “access to individuals on the resident side (to interview) as well as all the research and resources I could hope for. I started the VISI in May/June 2016 and finished it up in early 2017.”

As he describes it, “MANA House supplied me the tools necessary to research and write the Veterans Incarceration/Suicide Index (VISI) which compares veteran population, incarceration, and suicide to an average ‘index’ for each state. My findings showed that states with more robust Veterans Treatment Courts had significant reductions in all three.”

Fast forward to 2022 and all too many disagreements and disputes with veteran services and Arizona authorities, he moved to New York City.

A new home as a writer – Military Veterans in Journalism

A series of articles that Tim has been writing for Our Newspaper called “Be The Story” caught the attention of Russell Midori, career journalist/videographer and co-founder of Military Veterans in Journalism. Following a personal introduction in NYC, Tim was invited to attend an MVJ meet in Washington DC. How did that come about so quickly?

“A journalist’s primary responsibility is to tell the truth,” Russell says. “My litmus test for a potential journalist is how willing he is to reveal truths about himself because those are the hardest truths to share. Tim is not afraid to share his experiences with physical and mental health, or even highly stigmatized topics like homelessness or incarceration. Authenticity is a journalist’s most powerful currency, so when I saw that in him, I knew he had great potential in this field.”

And the reason for inviting Tim to an MVJ conference in DC?

Russell continues, “Journalism is a tough field because you have to be polite enough to get an interview and rude enough to demand the truth. Most journalists have too much of one, and not enough of the other, but Tim embodies both these characteristics effortlessly,” and offers one more reason.

“Tim probably didn’t regard himself as a journalist for most of his life, but I think he’s just the kind of person needed to do this type of work. I really felt my early career MVJs needed to meet someone like him so they could observe that sweet spot between courtesy and entitlement, and maybe find that balance for themselves,” Russell ends.

Much to his amazement (or amusement), Tim now finds himself cast as a role model. Which is what he is, and why we are honoring him this month.

(Military Veterans in Journalism is working with Let’s Rethink This to develop an onsite and online “media pool” of experienced professionals whose interviews and stories will support thenewly-launched Veteran Mission Possible campaign attacking the two evils of veteran suicide and veteran medical debt.)