McClatchy's War Within: Initiative to Erase More Than $5 Million in Medical Debt for Servicemembers, Veterans and Their Families

SACRAMENTO, Calif., Jan. 31, 2019 /PRNewswire/ -- Donations from McClatchy (NYSE American: MNI) readers and viewers around the country will help pay off more than $5 million in medical bills owed by servicemembers, veterans and their families. 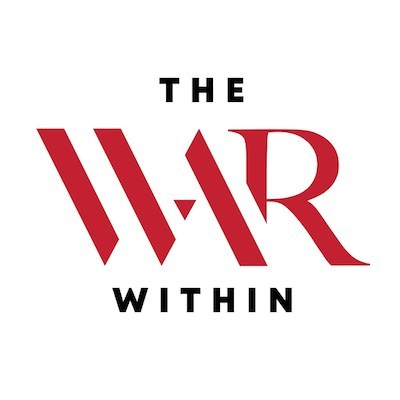 In partnership with RIP Medical Debt, a nonprofit that buys bundles of debt at a steep discount and forgives it, McClatchy's War Within Initiative fundraising drive across print, digital, video and social platforms sparked the compassion of donors in the local news company's 30 markets and beyond, leading hundreds to join the effort to lift a burden for those who serve.

"We are deeply grateful to our viewers and readers for their enthusiastic and generous response to this campaign," said Craig Forman, President and CEO of McClatchy. "We're very proud to have joined with them and with the McClatchy Foundation, which kickstarted the effort, to help make a difference in the lives of struggling military families."

"Speaking as a U.S. Navy veteran and co-founder of RIP Medical Debt, I cannot express enough gratitude to McClatchy for their work in both promoting our charity, which relieves vets of unpayable medical debt, and in illuminating the needs of our warriors through their Facebook series," said Jerry Ashton, RIP Medical Debt co-founder. "Thanks to McClatchy's efforts, we are seeing to it that more than $5,000,000 in such debt will be abolished for vets. Bravo."

The fundraising portion of the War Within Initiative culminates as the final episode of the eponymous 10-part documentary series, The War Within, publishes on Facebook Watch. The series follows three Afghanistan war veterans struggling with PTSD and the other challenges of reintegration, illuminating their emotional struggles, their courage, their perseverance, and ultimately, their resilience.

The series will remain on "The War Within" Facebook Watch page indefinitely.

About McClatchy
McClatchy operates 30 media companies in 14 states, providing each of its communities with strong independent local journalism in the public interest and advertising services in a wide array of digital and print formats. McClatchy publishes iconic local brands including the Miami Herald, The Kansas City Star, The Sacramento Bee, The Charlotte Observer, The (Raleigh) News & Observer, and the (Fort Worth) Star-Telegram. McClatchy is headquartered in Sacramento, Calif., and listed on the New York Stock Exchange American under the symbol MNI. #ReadLocal

About McClatchy Studios
McClatchy Studios is the documentary production arm of McClatchy (NYSE American: MNI) and is dedicated to revelatory nonfiction storytelling driven by local characters with national appeal. We tap into the rich, on-the-ground reporting by our team of of multimedia journalists based in local communities across the US and package it in formats that engage audiences on a variety of platforms. We find compelling ways to embrace everything storytelling can be — inspiring, motivating and entertaining.

About Facebook Watch
Facebook Watch is a place to discover and enjoy shows on Facebook. Home to a wide range of shows – from scripted comedy and drama, to competition and reality series, to individual creators and live sports – Facebook Watch is a video platform where episodic content, community and conversation come together. This is a personalized viewing experience, where you can discover new series based on what your friends are watching, and catch up on the shows you follow. Facebook Watch is available for free on mobile apps across Apple and Android, on desktop, laptop and on TV apps listed here: https://videoapp.fb.com

About RIP Medical Debt
RIP Medical Debt is a nonprofit that buys and forgives medical debt across America. RIP works with individual donors, philanthropists and organizations to purchase medical debt for pennies on the dollar to provide financial relief for those burdened by impossible medical bills. Founded in 2014 by two former collections industry executives, Craig Antico & Jerry Ashton, RIP rose to national prominence on an episode of HBO's "Last Week Tonight" with John Oliver in which RIP facilitated the abolishment of $15M in medical debt. To learn more visit www.ripmedicaldebt.org